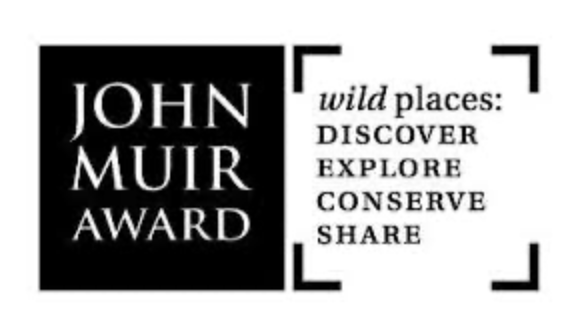 Aaron Rashid aged 14, one of our junior Tap IT volunteers, has recently received a runners up prize in the John Muir Trust Wild Inside writing competition.

There were over 400 entries to this writing competition which was split into two categories, over 18’s and under 18’s. Aaron’s winning entry is fantastic and he has kindly agreed to share it with us. I hope you enjoy reading it as much as I did:

Indifferently, I scanned through the mundane television channels, looking for something that interested me amongst the swarm of news, blogs, cooking and comedy shows relentlessly flying towards me. Eventually, I settled on an intriguing news story: a pompous voice declared that humanity was, and will continue, improving every day, showing no signs of slowing despite mother nature’s endless and often futile efforts to prevent it. Smugly, I smiled to myself, thinking of all that humanity had achieved. Suddenly, the hustle of traffic outside fell silent, replaced by an almost inaudible chirping noise that rose into a symphony of birdsong. Chaotically and without warning, rustling leaves took flight, tossed randomly in the air by a fresh breeze making the windows shudder, as light poured in like sticky honey oozing from a spoon.

The house started to creak. Initially, I saw a few green leaves appear in the corner of the room, but they quickly spread, punctuated by peaceful, innocent flowers which hid the violence of their invasion. A thick branch ruptured the floorboards towards the ceiling, knocking me unconscious as it shot up.

I woke up to see my previously immaculate house coated in a wall of vegetation. Upon standing, I began to pace around nature’s tangled, yet captivating art: the most notable section being the tapestries covering the wall. Looking closer, I noticed a luminous light leaking through the apertures in the vegetation. Slowly, I thrust my way past the defensive greenery guarding the outside world. Eventually, I poked my head through for the first time, and what I saw left me awestruck. No longer was I in a dreary, dull, lifeless suburb, instead, I was submerged into an energetic and vibrant forest. Trees towered miles into the sky, with fluffy bushes crowding around the base. Flamboyant flowers danced in the flickering sunlight from behind the clouds.

I cautiously crawled from outside the shelter of my ‘house’, to investigate the stunning scenery surrounding me; first to catch my eye was an auburn, cushiony fox looking curiously at me. Carefully, I began walking away from my starting point to explore this new wondrous world. Noticing the fox’s ambience was aloof, my confidence was boosted in these new, but oddly familiar surroundings; the grass provided a soothing carpet, the plants as interesting ornaments, and the trees as protection from any harm. Delicate deer and burly bear roamed freely, but all signs of humanity had disappeared. Mother nature had reasserted herself.

This was the new normal. My previous world was gone, the fragility of humanity exposed and exploited by the world around us. My house had been assimilated into nature and was my new home. I didn’t miss the mundane, depressing, monotonous suburb in which I lived; instead, I was inspired, yet fearful, of the beautiful wilderness that now surrounded me.

I think that you will all agree that it is a stunning piece of prose and that it must have been difficult for the John Muir Trust judges if all of the entries were of this amazing standard. Perhaps it’s a name to be looking out for in the future and remember you read it here first!😜

Best of luck Aaron and thanks again for sharing this piece with us.

Tap into IT Annual General Meeting (AGM)
Scroll to top