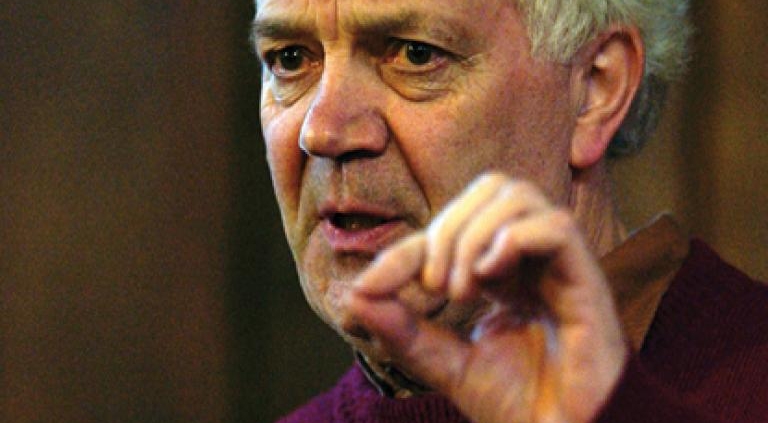 There can’t be many poems on the subject of tech support, especially from the likes of Stewart Conn (former Edinburgh Makar/Laureate)! I’m honoured with the one below.  The background is that in the process of clearing a printer jam, his trusty Canon had stopped working. I couldn’t fix it remotely but had a very similar model, ‘spare’ (-being a typical ‘techie’!), which I took along on my bike and dropped off on his doorstep, in line with the guidelines on ‘social distancing’. He emailed me saying “I hope you won’t mind having the first poem from the new printer imposed upon you. Apologies if it comes across as a bit clunky … but it’s not my customary subject-matter!”

DELIVERANCE
[for Mike Ellis]
Having damaged my printer beyond repair
through trying to retrieve a sheet of A4
from its innards, I collect the replacement
you have left outside our front door: one
ping, and you were gone – making me marvel
at how, with it on your back or in a pannier,

you’d managed without toppling, Once, our elder
son leaving for school springing on his mother
that ‘they were to take feathers’, her handing over
a bunch of pheasant quills she happened to have
in a jar was accepted as simply the natural order
of things. Conjuring that up: your spontaneous

solution in this instance a pairing of circumstance
and readiness to help, not to be seen as the mere
waving of a magic wand, tempting though that is –
the new arrival even using the same ink cartridges;
and furthering my gratitude the finesse, in dark
times, of its being symbolically not black, but white.

Adapting our Business to life under lockdown
Scroll to top